A Brief History of Ontarian Wine 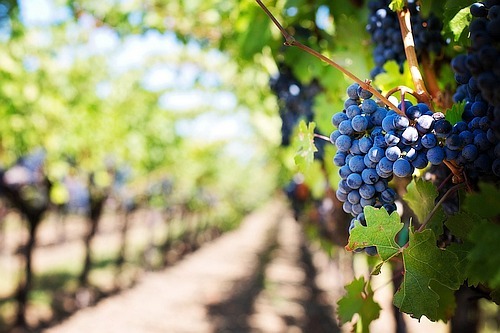 There is no better time to celebrate the wine industry in Canada than on Canada Day! Canada produces wine in four provinces: Ontario, British Columbia, Nova Scotia, and Québec. For our purposes, let’s focus in on the wine producing region of Niagara, Ontario. Not only is it the biggest wine producing region in Canada, it is home to Niagara Vintage Wine Tours—one of the world’s great wine tour experiences!

Compared to the wine industries of Europe, Ontario’s sector is still in its infancy, but we have come a long way in just a few short decades. The quality of our wines has skyrocketed since the days of ‘Baby Duck.’ Modern technological advances in winemaking combined with an ever greater understanding of the importance of terroir, and a consumer base that is increasingly knowledgeable and discerning, have all combined to create a perfect storm that is ushering in the golden age of wine in Ontario.

Grapes have been grown in Ontario for over 200 years. The first vineyard of vitis labrusca vines in Ontario was planted on the shores of the Credit River in modern day Mississauga in 1811. Labrusca is a variety of grapevine that is native to North America and produces grapes such as Concord and Niagara (yes, “Niagara” is a grape variety) which make better juices and jellies than wines. But in the early days, Labrusca was all we had. Ontario’s first commercial winery, Vin Villa Winery, was founded in 1866 on Pelee Island. Niagara’s first commercial winery was founded in 1873: The Ontario Grape Growing and Wine Manufacturing Company. By 1890 there were 35 wineries in Ontario, most of which were in the Essex County area.

Beginning in 1916 Ontario suffered under what I call the “mistaken experiment” of alcohol prohibition. Alcohol prohibition was lobbied for by the Temperance Movement which aimed to rid Ontarian society of public drunkenness and other societal ailments that can be brought on when alcohol is used in an irresponsible manner. The need to fight in the Great War further encouraged the government to ban public alcohol consumption in the interest of dedicating resources to winning the War. While the sale and public consumption of alcohol was banned in Ontario during this time, the production of wine was permitted to continue. These products were exported for sale, with many of them being sold in the United States illegally, as the USA was also suffering under alcohol prohibition during this time.

The mistaken experiment came to an end in 1927 with the founding of the Liquor Control Board of Ontario (LCBO), which served as the sole legal retailer of beverage alcohol in the province and opened 86 stores in its first year. Private citizens had to purchase liquor permits, which went for $2 in 1927, to purchase alcohol from the LCBO until the permits were abolished in 1961. All products purchased had to be consumed at home. There were no bars in Ontario until 1934 with the opening of “beer halls,” and spirits could not be served legally until 1947.

A crucial improvement to the industry took place in 1952 when Brights Wines (now part of Arterra Wines of Canada) uprooted 600 acres of vitis labrusca vines and replaced them with vitis vinifera vines. Vitis vinifera is a family of grapevines native to the Mediterranean and it is the variety of grapevine that we use to make quality wine today. Members of this vine family include Chardonnay, Riesling, Pinot Noir, Merlot, and most of the other wine producing grapes you have probably heard of. These grape varieties have a much higher sugar level than vitis labrusca. The higher sugar level is needed so that there is enough natural sugar available for yeast to consume and change into alcohol during the vinification process.

Ontario’s wine industry really took off in 1975 when Donald Ziraldo and Karl Kaiser were granted the first winery license in Ontario in almost 50 years. They founded Inniskillin Wines Inc., which today is called Inniskillin Estate Winery and is a part of Arterra Wines Canada, the largest wine producer in the country. Ziraldo planted Riesling, Chardonnay, and Gamay Noir—three varieties that thrive in Niagara’s cooler climate. Vitis vinifera vines continued to be planted throughout Niagara, including notable contributions by Chateau des Charmes and Cave Spring Vineyard. In 1988 many of the grape growers of Ontario came together to form the Vintners Quality Alliance (VQA) which recognizes geographic appellations for grape growing and establishes strict production standards to assure quality. These rules were later enshrined in law in Ontario in 1999.

Ontario’s wines gained recognition and prestige on the international stage in 1991 when a bottle of Inniskillin’s 1989 Vidal Icewine won Grand Prix d’Honneur at Vinexpo in Bordeaux, France. This is considered to be one of the most prestigious awards in winemaking worldwide. Winning this award was good news not only for Inniskillin but for Canada’s wine industry as a whole, as it marked the beginning of our industry’s credibility in the international wine community.

Grape growing and winemaking education at the post secondary level came to Niagara in 1996 with the introduction of Brock University’s Cool Climate Oenology and Viticulture Institute (CCOVI) and in 2000 with Niagara College’s Winery and Viticulture Technician program and the Niagara College Teaching Winery. These programs serve to educate Ontario’s grape growers and winemakers of tomorrow.

As time moved on, the number of acres covered by vitis vinfera vines as well as the number of wineries in Ontario steadily increased. By 2003 there were 66 VQA wineries in the province, and by 2008 there were 102. The latest figure is well over 150! By 2005 the industry had truly found its legs. Two distinct regional appellations were recognized in the Niagara Peninsula (Niagara-on-the-Lake and Niagara Escarpment) as well as 10 sub-appellations, each recognized for particularities in weather pattern and soil composition (what we refer to as “terrior”). The result is high quality wines with flavours and textures that reflect the specific place the grapes were grown.

Today, the Ontario wine industry still has its best days ahead of it. The industry is well established and has earned a reputation for quality. Growth is assured. There are more vitis vinifera vines in the ground every year, with the latest figures showing over 17,000 acres planted. In 2014 2.6 million cases (23.4 million litres) of VQA wine was produced and 1.8 million visits were made to Ontario wineries. The retail value of VQA wine produced was $395 million, of which $40 million worth was exported.

This Canada Day when you open up a bottle of red or white and salute our flag, take a moment to think on Ontario’s wine producing history and appreciate how far we have come from those early days of a few vines by the Credit River. To learn more about our wine industry, to visit some of Niagara’s wineries, and to taste the wine they produce, join a professional and educational tour with Niagara Vintage Wine Tours. Call our friendly guest services agents at 1-866-628-5428 today! Happy Canada Day!

* The opinions and recommendations in this article are solely those of the writer, and do not necessarily reflect Niagara Vintage Wine Tours or Bootleggers.